It is a two-year vocational school approved by the Tokyo Metropolitan Government.

and performing arts. We have produced over 50,000 graduates, mainly in the entertainment industry.

Currently, we have four vocational schools, each of which can be divided into specialized fields for study.

We accept many international students every year from all the countries of the world.

The number of international students is increasing year by year. The advisor stationed at each school support their school life in Japan.

We offer a variety of consultations from admission to graduation.

We are divided into 5 departments for each occupation and studies professionally for 2 years. Aim for Director,

CG, Novel, practical training to produce work is satisfying. We can fully devote ourselves to work production for two years.

Lecturers who are active in the entertainment industry, such as Movie directors, Animation directors,

Music video director, and Novelists, will convey the skills required in that industry.

including Music, Sound, Concert. Booking does artist by oneself and we plan live and hold and actually wear technique

and knowledge to be used on the site of music through training to cut a record, and to produce CD.

There is also practical training to participate as a staff member in various music festivals held in Japan.

TOKYO ANNOUNCE GAKUIN Performing Arts College which brings up the performer who can play an active part in the entertainment industry.

It keeps pro-performance class to be able to learn from the basics abundantly.

Debut support including on-campus audition that invited the production person in charge as judge is fulfilling.

It’s the special organization for TOHO GAKUEN’s alumni and alumnae, where all the graduates in many generations

get together to extend their network in various ways. Many of our alumni and alumnae were students from overseas

and now they work very active in the various fields in their own countries. Especially those students from South Korea,

we have already had 1,100+ South Korean graduates. TOHO-KAI in South Korea was organized by those graduates and they have an annual alumni reunion every year. 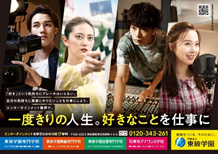 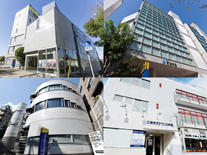 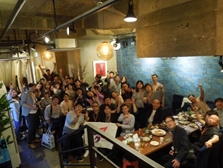